Semiconductor companies are suffering what would have been otherwise a boon for them – the recent spike in the demand for microprocessors. Despite the steady improvement in the pandemic situation and market reopening, the persistant supply chain issues and materials shortage are preventing chipmakers from fulfilling orders. 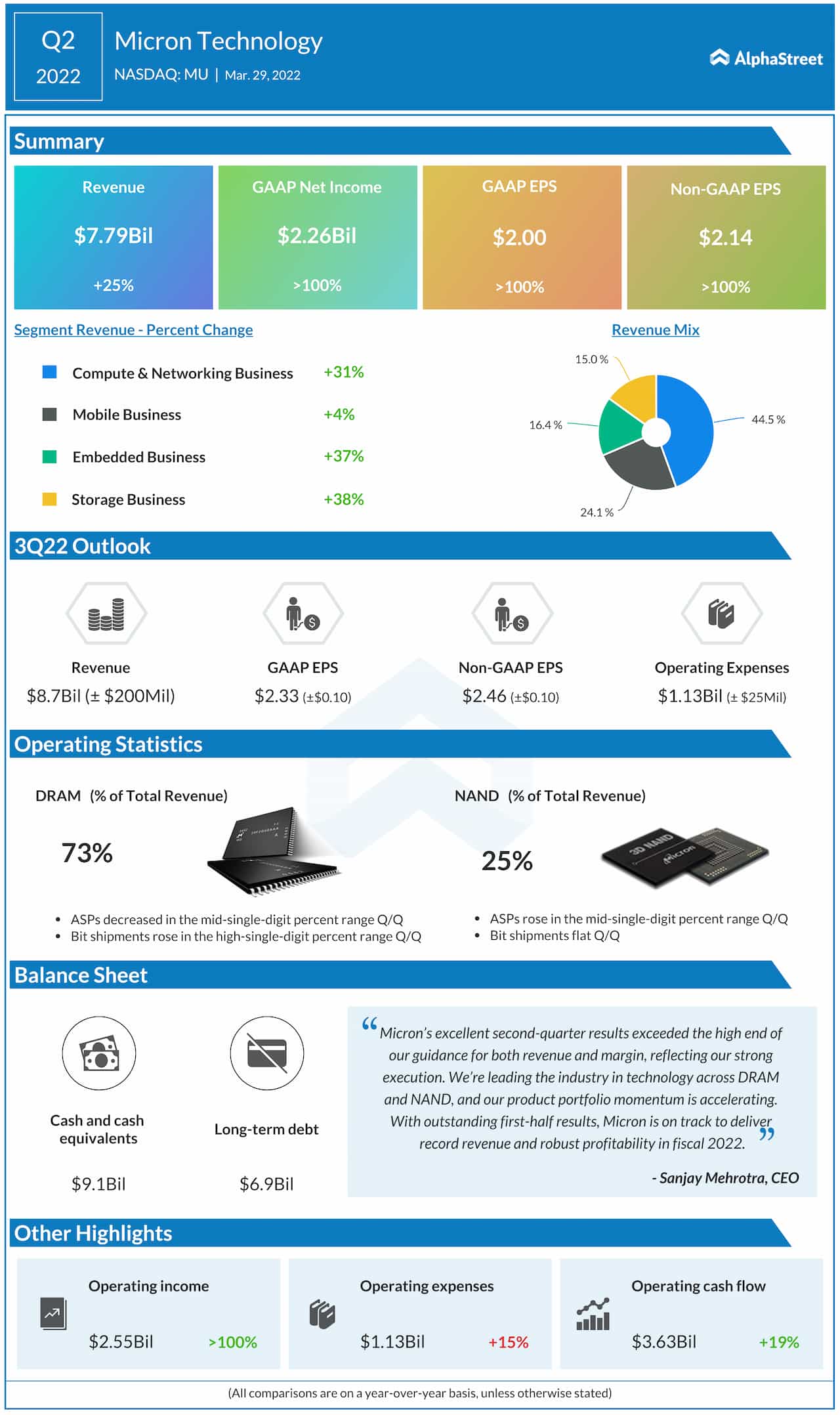 Micron Technology, Inc. (NASDAQ: MU) has been making great strides in growing its market share in the memory chip market ruled by rivals Samsung and SK Hynix. Innovations in DRAM and NAND, the company’s core segments, and competitive pricing put it in an advantageous position compared to others.

Micron’s stock has maintained a downtrend since peaking in early January, but that is in line with the general market trend and doesn’t have much to do with the company’s performance. Being a growth stock that can add value to investors’ portfolios, MU will come out of the weak phase once external conditions become favorable. It’s a safe bet that is unlikely to disappoint investors.

Currently trading near $60, the stock is forecast to breach the $100-mark in the next twelve months. Moreover, the company initiated a quarterly dividend last year, with a yield of 0.6%. That, combined with its extensive share buyback program, should attract more investors to the stock.

That doesn’t mean that every analyst is bullish on the stock, rather MU suffered a few of rating downgrades recently amid concerns about the unfavorable demand-supply dynamics. Also, there are concerns that the economic uncertainties would drag down the demand for smartphones, which account for a major share of Micron’s business.

The company has successfully tapped into the strong demand for data center products, partly offsetting the weakness in the computer segment. Portfolio expansion with a focus on data center, like the recent launch of exclusive 176-layer NAND SSD, has helped the company strengthen its foothold in that area. There is an ever-growing demand for higher memory in the mobile and pc markets as well as in emerging areas like automotive production and 5G infrastructure.

“Looking ahead, we expect data center demand growth to outpace the broader memory and storage market over the next decade, fueled by secular drivers in cloud and healthy enterprise IT investment. Memory and storage share of server BOM costs already exceeds 40% and this number is even higher for servers optimized for AI/ML workloads. This growth is supported by new heterogeneous computing architectures, the increase in data-intensive workloads, and the ongoing displacement of HDDs by SSD,” said Micron’s CEO Sanjay Mehrotra in a recent statement.

In a rare achievement, Micron’s profit beat estimates in every quarter over the past six years and the company maintained the trend in the most recent quarter when earnings more than doubled to $2.14 per share. That is attributable to strong growth across all business segments that resulted in a 25% rise in revenues to $7.8 billion.

Micron’s shares started the week on a low note and traded sideways so far. The stock, which has lost about 31% in the past six months, closed the last trading session higher.