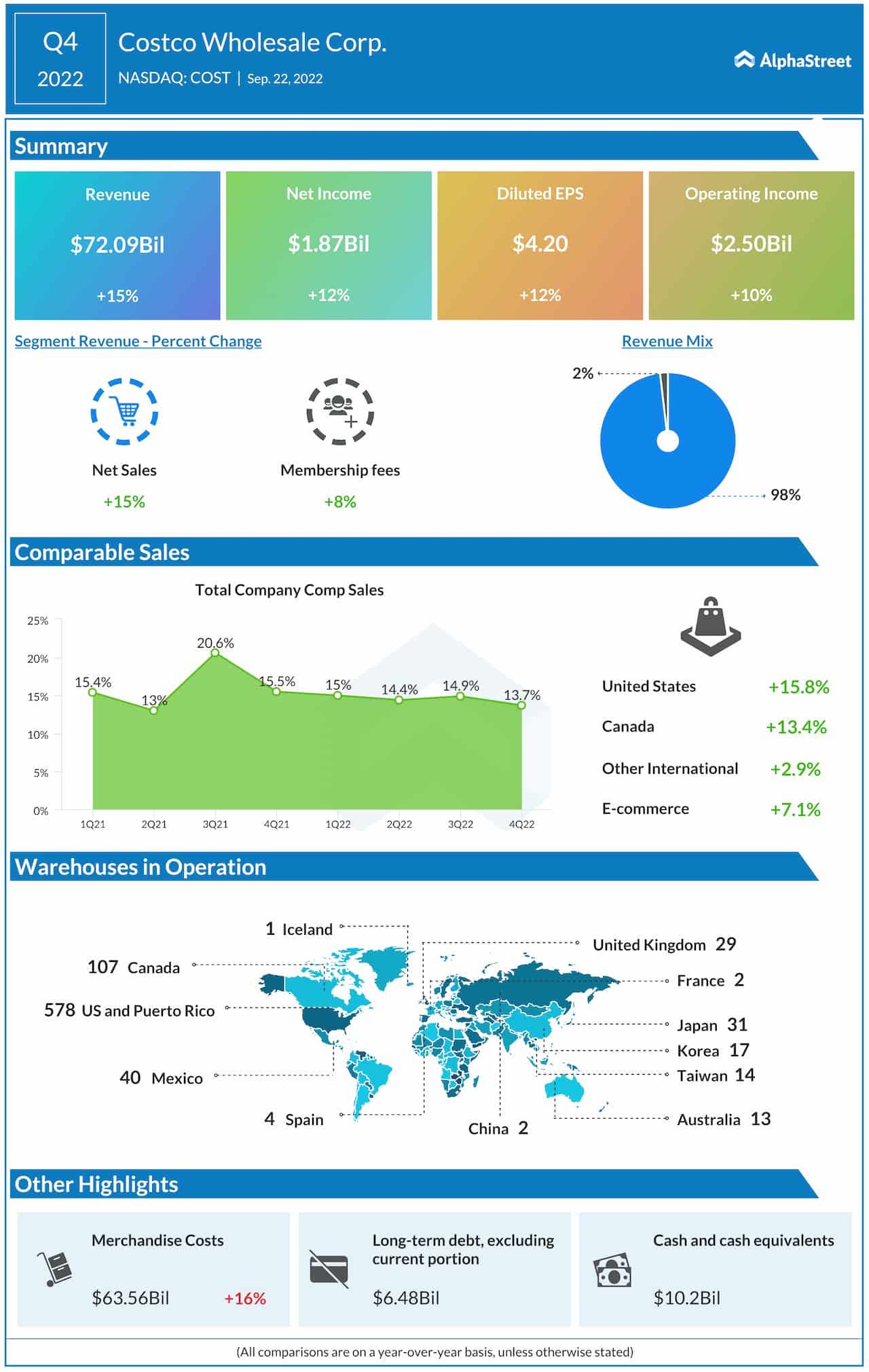 Reflecting the strong top-line growth, net income moved up to $1.87 billion or $4.20 per share in the August quarter, which is higher than the $1.67 billion or $3.76/share profit reported in the fourth quarter of 2021.