Aurora Cannabis, Inc. (NASDAQ: ACB) has reported a wider net loss for the fourth quarter of 2022, mainly due to the impact of non-cash impairment charges. The company’s revenues dropped 8% year-over-year during the quarter. 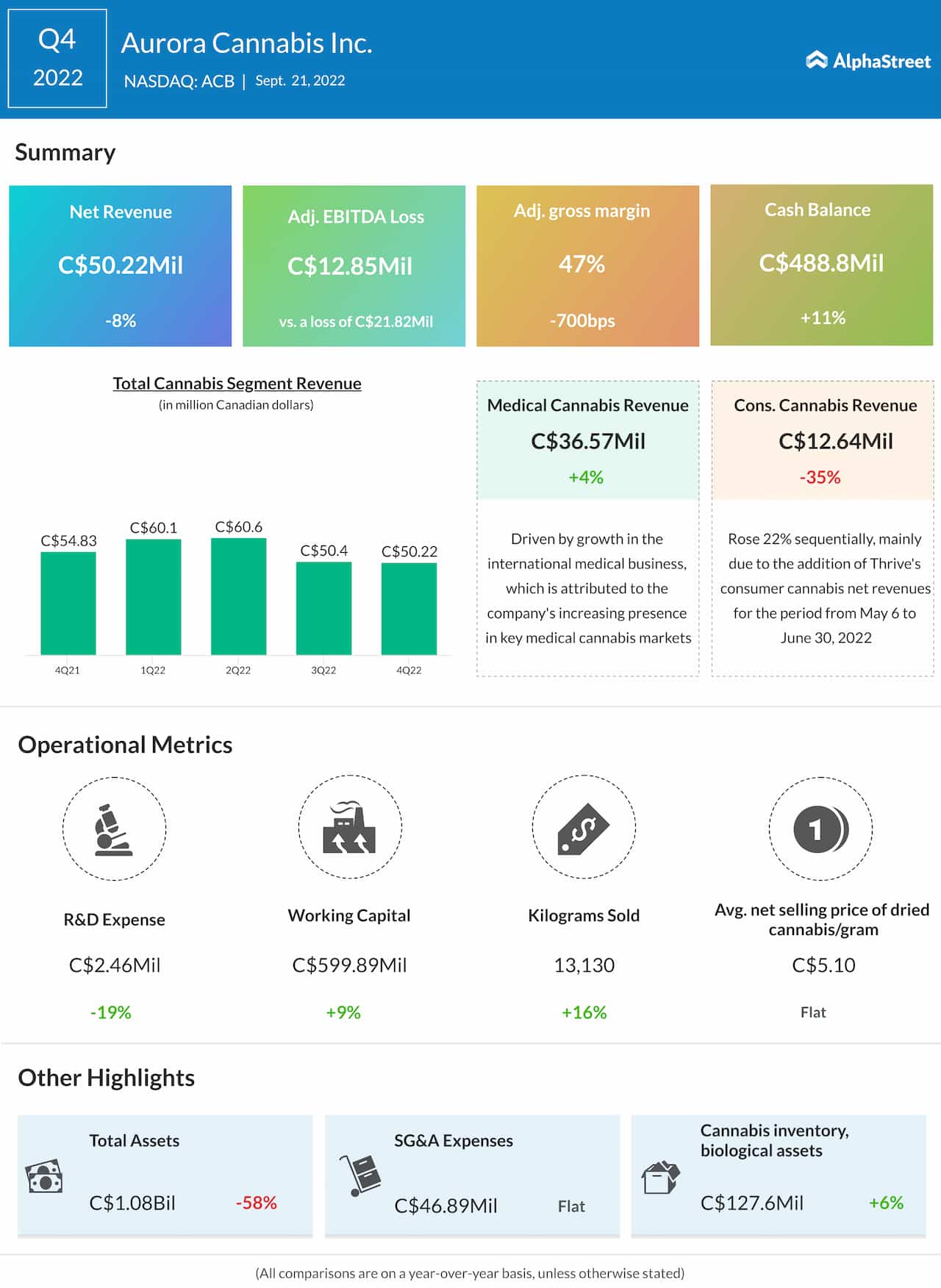 “We continue to enhance the long-term value of our differentiated global cannabis business by quickly identifying highly profitable growth opportunities, deploying capital in a disciplined manner, and continuing to rationalize our cost structure. We remain the #1 Canadian LP in global medical cannabis revenues and expect this high margin, high growth segment to be a key driver for future profitability,” said Miguel Martin, chief executive officer of Aurora Cannabis.

Shares of Aurora Cannabis traded lower Friday afternoon on the Nasdaq stock market, extending the post-earnings losses. The stock has been languishing in the single-digit territory for quite some time.

The post Everything you need to know about Aurora Cannabis’ (ACB) Q4 earnings first appeared on AlphaStreet.

Everything you need to know about Aurora Cannabis’ (ACB) Q4 earnings