E-commerce firm eBay Inc. (NASDAQ: EBAY) on Wednesday reported flat earnings for the second quarter of 2022, when the company’s revenues decreased. However, both the the top-line and earnings beat analysts’ estimates. 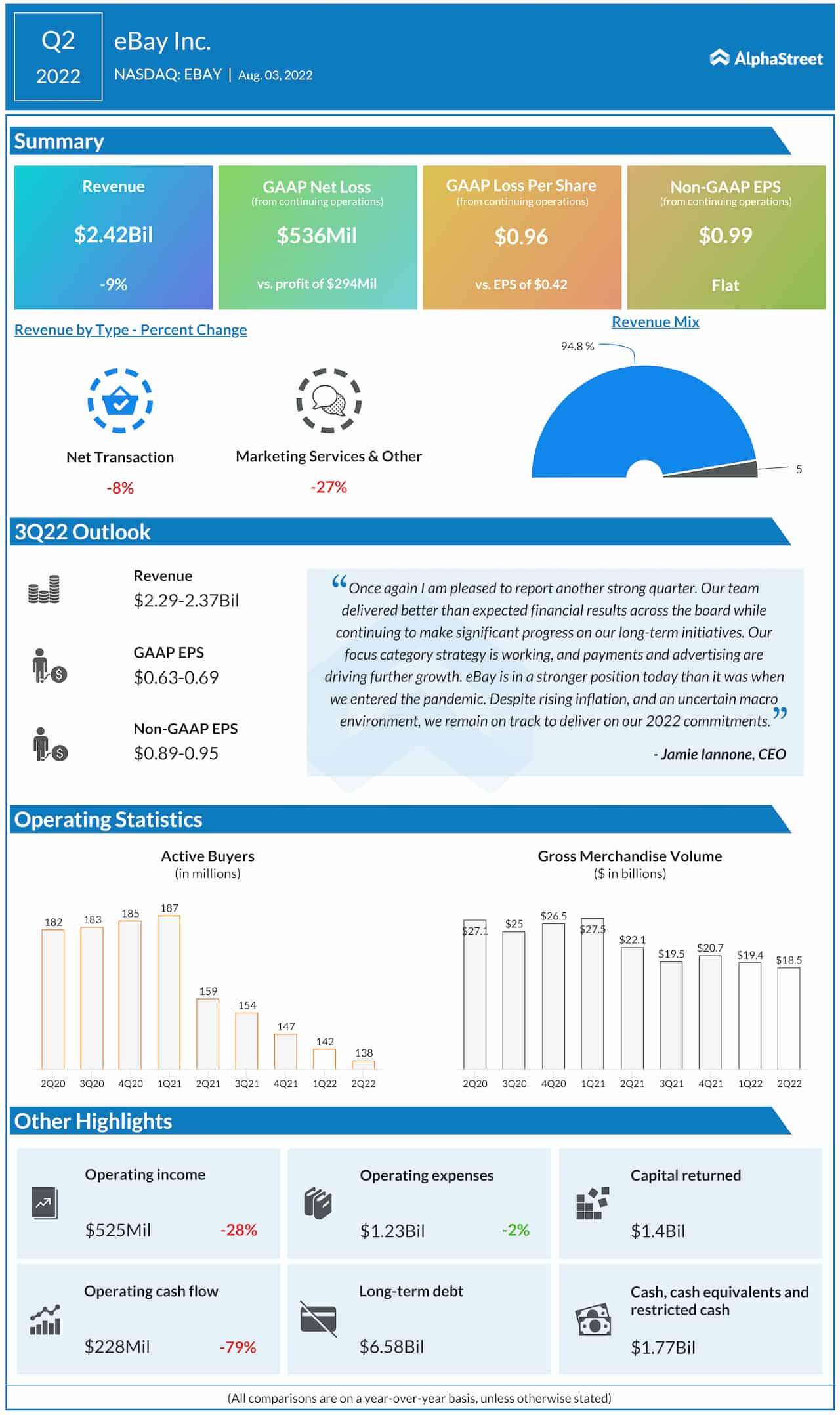 At $2.42 billion, second-quarter revenues were down 9% from the year-ago quarter. Market watchers were looking for a smaller topline number.

eBay’s stock closed Wednesday’s regular trading higher and continued to gain during the extended session after the announcement.